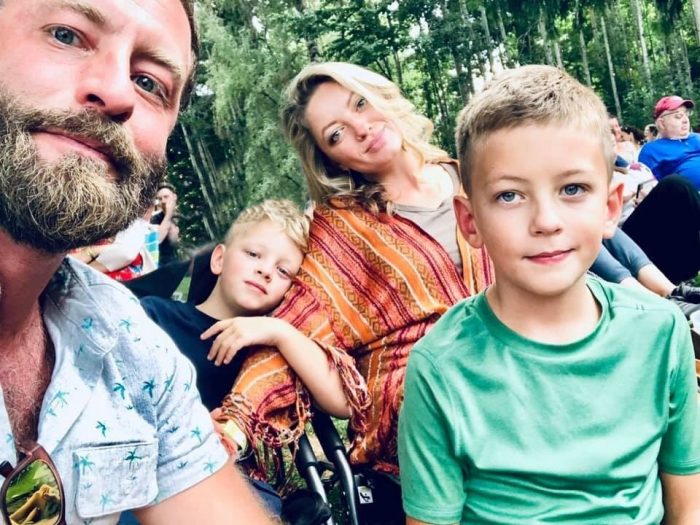 Suffering loss of any kind is one of the most painful and deepest emotions in life. Loss of property or possession can be very upsetting. It can take an individual’s mood from a high level to zero, Even friends and family could be affected as everyone tries to help out or do anything to lift the person’s spirit.

If you’ve ever paid attention to animals you’ll know how agitated they get when they lose something. They pace around the spot it was left and even the timidest or docile animal is ready to attack anyone who comes near them at that point. When they lose their offspring, some animals (especially social animals) grief examples are elephants, crows, Chimpanzees, giraffes and there was the story of a mother orca carrying her dead infant through the icy waters of the Salish Sea keeping the infant afloat as best she could, the orca, persisted for 17 days, before finally dropping the dead calf.

If loss of possession can be so painful for humans, how much more loss of a loved one which is an irreplaceable loss. Loss of a loved one causes severe grief because of the simple fact that the person is gone forever. Larry King was once asked about the most difficult interview he’s ever done. We all know Larry King throughout his career conducted lots of interviews (over 30,000) his response was ‘interviewing a bereaved parent’. You can almost touch the pain of a grieving parent, its severe and raw.

This heartbreaking story on LinkedIn caught a lot of people’s attention last month. I read both husband and wife’s post and I grieved with them as I read it. The couple had lost their 8yearold twin son. In the father’s words “When I got the call I was sitting in a conference room with 12 people at our Portland office talking about PTO policies. Minutes earlier, I had admitted to the group that in the last 8 years I’d not taken more than a contiguous week off”.

And then he died in his bed overnight. The evening before was normal. Wiley was healthy and engaged. We had friends with kids over for dinner. We all jumped on the giant trampoline that had been the first purchase for the house we had bought just a few weeks ago.

The couple had an agreement to always answer the phone when they called each other. He picked the phone that day to be told any parent’s worst nightmare “J.R., Wiley is dead.”

“What?” I responded incredulously.

“Wiley has died.” she reiterated.

That was the entire conversation. The wife said she couldn’t sugarcoat it and didn’t have time to explain as she needed him to come home. She still had to explain to her other son that his best friend had died and 15 people were about to swarm their home. She asked him to pick a location where he would feel safe. Then, sirens.

The Police arrived as any unexpected death of a minor is a potential criminal event. Their son’s room was barricaded and property guarded until their investigation was complete. Her husband arrived and bursted through the front door heading for their children’s room, but was stopped by police and he abruptly turned his attention to his scared, lonely son outside. The process took 2.5 hours. which passed incredibly slowly while they begged to see their son. They were finally given some time to see him, “It was not the way a parent should have to see their child”, she wrote, but it was all we had. They held his hand and fixed his hair and kissed his head until their time ran out. “What happened, buddy? What happened?” his dad repeated quietly as he stroked his hair.

He walked their son out of the house with the Medical Examiner and then one by one, the cars all drove away just as quickly as they had arrived leaving the remaining 3 of the once family of 4 standing in the driveway trying to figure out how their world had changed so much in one night.

Many have asked what they can do to help. Hug your kids. Don’t work too late. A lot of the things you are likely spending your time on you’ll regret once you no longer have the time. I’m guessing you have 1:1 meetings on the books with a lot of people you work with. Do you have them regularly scheduled with your kids? If there’s any lesson to take away from this, it’s to remind others (and myself) not to miss out on the things that matter.

Their son is believed to have died of SUDEP (Sudden Unexplained Death of Epilepsy), cause of death will take approximately 4 months to officially declare. He had previously been diagnosed with Rolandic Epilepsy. He’s was a childhood and benign form of nocturnal epilepsy. 2 neurologists in the US and in the UK had told them he’d suffer no cognitive deficits, that he would outgrow his condition and that his prognosis was incredibly good. The family took every precaution they should have taken, and informed everyone involved with him of his condition, but that fateful night, he died peacefully in his bed next to his twin brother and best friend ( his mother takes solace in this).

If we’ve learned anything at all, it’s that life is fragile and time really can be so cruelly short. We wish a lot of things were different, but mostly we wish we’d had more time. If you are a parent and have any capacity to spend more time with your kids, do. When it ends, there’s just photos and left over things and time is no longer available to you. It is priceless and should not be squandered. Take your vacation days and sabbaticals and go be with them. You will not regret the emails you forgot to send. From now on, if you email or text me and my reply takes longer than expected, know that I am with the people I love sharing my time, creating my new identity and I encourage you to do the same.

Their posts was a kind of tribute to their son as well as advice to parents to spend more time with their children. The father’s post was titled “It’s later than you think” as the lyrics of a song with that title keeps coming to his mind since they suffered the loss.

As I end my post today, I leave you with the lyrics. No one knows tomorrow and I pray no one else suffers the loss of a Child, that said, in our daily hustle and search for a better life, may we not forget to live. Make time for your children, be silly with them, explore, do the unexpected remember we’ll all be gone one day (Old and grey 👨🏽‍🦳👩🏽‍🦳 hopefully) but what will be left is the memories we leave. Make good memories with your loved ones, be good, be kind, be happy, we’ll only be remembered by what we have done.

What great loss? Indeed we all need to live and also make our mark, thanks for the reminder Aunty Lulu