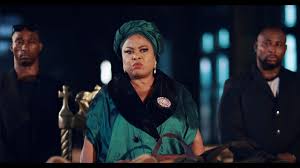 So I finally watched King of Boys – a Nigerian movie written and directed by Kemi Adetiba – thanks again to Netflix. I’d heard and read so much about this movie – all good – so I started watching the movie ready to be the bad cop. Suffice to say that I have officially joined the bandwagon as I have been gushing about the movie since I saw it.

I was itching to write about the movie after watching it but I decided against that as I’d just posted one for the wedding party. I’m particular about giving good and diverse content to you guys so I didn’t want to repeat a movie post. I, however, felt obliged to send Ms Adetiba a message (no I don’t know her) as I felt I had to tell her she did a fantastic job. Please remember that I’m not a movie critic, I just enjoy blogging about things that interest me, and this may include movies from time to time.

King of Boys had an ensemble cast of some of the best role interpreters in Nigeria. There were some new ones though and what a revelation they were!

King of Boys was a very ambitious movie but Kemi Adeitiba did extremely well. She tackled societal issues like power play, corruption and godfatherism successfully. She even brought a bit of religious hypocrisy (Apostle) which is a major issue in Nigeria. Ms Adetiba showed a very good understanding of Nigerian politics.

Lest I Drag this too long, I’ll end by saying King of Boys was a very decent movie. Some scenes were dragged and some not necessary, but it was an extremely good watch. I actually couldn’t stop watching it, it was fear of police that stopped me from watching it while on the school run. On getting home, I rushed through homework and packaged the boys off to bed so I could continue the movie. Bravo to the cast and crew.

Fact of the Week 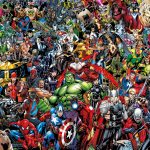 28 thoughts on “My 1000 Impossible Puzzle Achievement”