On a Saturday night that was looking boring, I decided to let off some steam and unwind by watching it. It was released in 2017 to a lot of pomp and pageantry. It also came with mixed reviews, some people were of the opinion that it fell short of its prequel. I was however still eager to see for myself and determine my feelings about the movie

The wedding party to me is a holiday blockbuster as it is usually released during the Christmas holidays. Christmas period as we all know comes at the end of the year and it’s a time most people tend to slow down, let down their hair and take a break after a busy year. It starts at the end of November (Thanksgiving) and goes on to the first few days of the New year.

The atmosphere is usually cheery, jovial, light and definitely celebratory. Writing this is already giving me full nostalgia of many magical Christmases long gone back home in Nigeria. Anyway, Christmas blockbusters are usually light, funny and feel good, just to reflect the mood of the season which is usually a time for family, friends and food… the wedding party ticks all the boxes here.

Though I’m not a movie critic, I do know a good movie when I see one. So how do I grade WP2, or even 1? All I’ll say is it’s an enjoyable movie. It scores high on the things I like to see in a Christmas blockbuster- Fashion, romance, comedy and good music. Come-on it’s the end of the year, who needs movies with plot twists and too much action let’s keep it light, simple and funny. A little fashion and romance won’t hurt the eyes either😉 .

So please Aunty Mo, Ebony Films or whoever is listening, I’d really like to see the irresponsible rake ‘Sola’ get hitched. It won’t hurt to get to know his family too, bring a few new characters to the movie. It’ll be nice to see him settle down especially since WP 2 was already pointing us towards the direction of the feisty Yemisi. It’ll also be good to know Yemisi’s story as well and in a twist, the writers could even get him to settle down with the sultry ‘Rosie'( Beverly Naya’s character) let them tame each other. Yemisi can go with the groomsman we never get to see (the one that was in an accident). Don’t even say I’m getting ahead of myself 😁.

There is so much that can be done with this story, they can even get to 5 or 6 instalments if the game is played right. By that, I mean getting really good scriptwriters. As much as I enjoyed the movie I must say the dialogue sometimes made me gag 🤐 not forgetting the eye-rolling-worthy Cheesy lines, oh and also some very unnecessary comedy scenes 🙄. Other than that, it’s a great holiday movie and certainly lifted my spirits yesterday.

It took my mind to some romance novels I read years back. They are different stories of a group of friends finding love, it was always good to catch up with all the couples in each story. This could be done with the wedding party.

So please Ebony TV, what are you waiting for? Get yourselves some badass writers and let’s marry Sola off, please. If approached well, this could be the best of the Wedding party movies. You’re sitting on something big so do some magic with. We are patiently waiting… ⌚

It’ll be nice to see our favourites – The Onwukas 1,2 and 3, the Cokers (please tell Alibaba to behave a little bit more like a millionaire and stop embarrassing Yoruba millionaires 🙈). Also, save us the agony of scenes like that of Ay and Saka – too painful to watch. Make the comedy light and sensible, please! Harrison and Tinuade are perfect madam and those chauffeurs that become family however, it shouldn’t be overdone. Thank you. 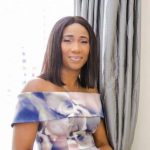 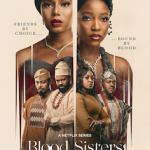 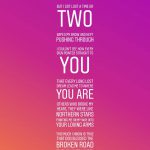