Tiger Woods is one of the most famous athletes of all time. He became famous because he began his career as the youngest man ever (21yrs), and the first African American to win the US Masters.

Tiger went on to have a very impressive career as the highest ranking golfer from August 1999 to September 2004. He was a major dominating figure in golf as of that time, winning 13 major golf championships.

Woods was courted by the best brands in the world and he signed millions of dollars representing brands such as Nike, Accenture, General Motors, American Express, At&T, Gatorade, Gilette etc.

Following Wood’s fall from grace in 2009 – as a result of a sex scandal, most of the brands that endorsed him dropped him, while some waited for his contract to expire and did not renew it. Only 2 brands kept him on, Nike and Electronic Art. It has been reported that Nike suffered a shareholders loss of between $5billion and $12 billion but they still stuck by him and herein lies our lesson for today. 😊

Nike is generally known for that, they tend to stick to their ambasdadors in bad times (as long as they did not do anything illegal). Be like Nike 😉.

Reading the Nike/Woods story took my mind to friendship – the great friendships I have and still enjoy and the ones that I’ve let go of, albeit with lessons.

The best test of friendship is hardship, or a low period. That’s when you know your real friends, as it is frequently said, “success has many fathers, but failure is an orphan”.

Success is sweet and certainly has many friends. The moment an individual falls from grace, friendships start to wither. You can ask people that have occupied positions of power before, or celebrities in the limelight, once you lose your position or social status, the invitations stop coming in, the phone calls and visits as well.

That is why it is important to always know who your real friends are. Nike stuck with Tiger through his personal and medical problems and they are better for it.
Thanks to the iconic swoosh symbol prominently featured on Woods’s hat, shirt, pants and shoes, the Masters’ win of April 2019, is worth about $22,540,000 to Nike, according to Apex Marketing data.

Did they capitalise on his win – yes, did they deserve to, absolutely. They stuck with him at his lowest I see nothing wrong in making some good money from his amazing come back.

Friendship should be about seeing the best in others and believing in them, despite their mistakes. It is about not deserting people at their lowest times.

Friendship is a relationship of mutual affection between people. There are different forms of friendships, but a good friendship involves kindness, love, loyalty, forgiveness, sympathy, empathy, trust and compassion.

Friendship is a very important part of human relationship. We start making friends from toddlers, up until we exit the earth. Friendships’ characteristics change with different stages of our lives. It evolves from just sharing common activities as children to it becoming more about a common interest, giving and sharing as adolescents to more serious aspects like companionship and emotional support as older adults. Friendship always remains a key aspect of our life and existence.

Friendship is not a ‘must’ but it certainly does the soul some good to have a healthy friendship. It is often said that if you want a good friend, be one. Also, Seek for good traits in people and be very careful because not everyone has good intentions. Some people will seek out your friendship just for what they can get from you, their friendship is not genuine. Such people can be described as fair-weather friends”.

“There are friends who destroy each other, but a real friend sticks closer than a brother”

So, what kind of friend are you? Are you one that is there for the good times and disappears at the first sign of trouble? That is how fair weather friends behave.

A Fairweather friend is a person whose friendship cannot be relied on in times of difficulty. The Cambridge dictionary describes a fair-weather friend – as someone who is a good friend when it is easy to be one and who stops being one when you are having problems.

Loyalty is one of the most essential ingredients of friendship. I’m not encouraging blind loyalty, there are some things that should not be condoned. However, a friend that shows up only for the good time stinks. Lots of people expect loyalty but are not ready to practise it. If you want a friend, be a friend.

Life can really be challenging, having one or two (could be more) loyal friends certainly makes it easier. Loyalty in friendship means:

Loyalty is an integral part of friendship, what is friendship if there is no loyalty? The Stanford encyclopedia of philosophy puts it this way -“Loyalty is usually seen as a virtue, albeit a problematic one”. Being a loyal friend does not mean becoming a walk over. If loyalty is not appreciated or reciprocated, it should be reconsidered.

There should always be room for mistakes in friendships because being human, we are bound to err, friendship is all about forgiving. There should also be boundaries, and care should be taken so that one’s loyalty and devotion is not taken for granted. 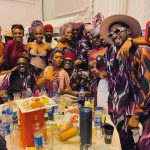 Fashion and a Funeral – Style from a funeral reception 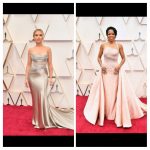 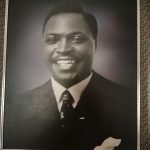