A good and honest life is a blessed memorial; a wicked life leaves a rotten stench.

The events of 7 years ago often play on my mind, especially every 9th of September. I was heavily pregnant with my youngest when my sister called to tell me my assistance was needed at the hospital. She said that a pregnant staff of their’s needed to see a doctor urgently and they wanted me to talk to my doctor. The story was weird but I thought nothing about it as I hurriedly got ready, I got into the car and we took off. Unbeknownst to me, I was being taken to the hospital so they could break the worst news of my life (at the time) to me. My Mummy dearest -Fumfum as I jokingly called her at times – had passed on. They wanted to break the news in the presence of my doctor as I was already due, just to avoid any emergency.

Mum had been ill for a couple of years. It was a critical illness that shook our intimate family unit to its root. You know what they say about such situations, it either breaks relationships or makes them stronger. Thankfully the latter was the case for us, it was the turn of every one of us to give back just a teeny bit of the sacrifice and loyal service we had all gotten from Mum, it was such a shame that it had to be on a sickbed!

Not too far back we had all gathered in Ghana to surprise her on her 60th birthday, that was something! Mum thought she was going to Ghana with her husband, as we all gathered at the house to bid them farewell, she told us she wished she would be spending it with all of us. We all laughed it off and told her we would celebrate with her when she returned.

Immediately they left the house, another car followed as three of my siblings were on the same flight with them. Although there were some very close shaves, they made it to Ghana and then to the Hotel without been spotted. By midnight, we all walked into the room, all 6 of us, with two spouses and three Grandkids.

Mum was obviously rattled. She said she thought they were been attacked, thank God she didn’t pass out 😊. We had a wonderful time in Ghana and the next gathering was at my wedding 2years later. That year was supposed to be a great year, we had three family weddings, mum was on her way for the second one in the US when she became ill. We all regrouped again, this time solemnly as we stood in the gap for mum. Vigils and hospital panic calls and all, but we stood together in faith alongside some few family and friends.

It was hectic, but we trudged on, not wavering in faith and we ensured mum was not alone, Dad left everything else to nurse his wife, a love and dedication worthy of emulation. Mum fought, oh she fought, she knew we were not willing to let go and she tried her best! After a few years, we could see she was tired. She’d fought for 5 years and she was understandably tired. We made peace and prayed for God’s will. On the 9th of September 2014, Dad was away for health reasons and Moze and I had not gone for our daily visit, when mum saw there was no one around (to guilt trip her 🙂) she quietly left us.

So they broke the news to me at the hospital and a distraught me asked to be taken to her. My husband and the medical team wanted me to stay so they could watch me, but I insisted and with my sister’s help, I was finally released to go see her. I held mum, I stroked her face and sang her favourite hymns to her until the ambulance came and that was it. I thank God I had that last hour with her, it was priceless.

An integral part of my life was gone, my ardent support, the arms that were always open and welcoming were gone forever. She was a mum through and through. No one can ever replace a mum, I still miss her terribly, the void is still there. She who loves without expecting anything in return gives even when it will leave her stranded and prays, mum was always on her knees praying for us. That umbrella is gone now, and the sting is still as sharp as 7years ago, the sting of death.

I celebrate you everyday mum, I carry you with me everywhere and the boys know all about you, but on the 9th September of every year, I mourn.

Rest on Elizabeth, Funmilayo Adebayo, my jewel of inestimable value. Aduke mi, you’ll never be forgotten. Keep resting in the bosom of the Lord whom you loved so much.

HEY DEKI, IT’S BEEN A YEAR…

Tagged: in memoriam my jewel of inestimable value to mum with love 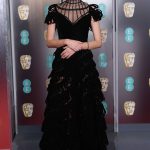 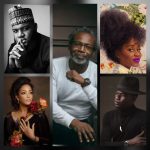 2 thoughts on “Mummy Dearest – A Jewel of Inestimable Value”