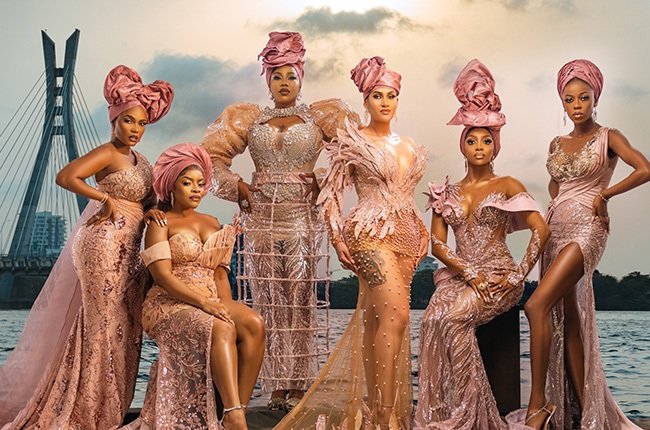 Hey guys, Trust you’re good. It’s been a minute on the blog, right? I apologise for the break.

Have you been watching real Housewives of LAGOS? I took a break after the first one. I have managed to watch all the episodes and what a wawuu! Whilst I have to give a thumbs up to the girls on their style, I have to say that the show should really not be called The Real Housewives of Lagos because it does no justice to the real Lagos high flyers. You’ll understand my point by the end of this post.

May I start by saying that Carolyn is that show! OMG, she’s a one-woman-mopol! She pulled a surprise on me mehn, she gave us all something to watch.

Now let me say my bit about each of the ladies.

These are my personal views and are just for cruise. None is malicious, the ladies put themselves up for us to dissect and dissect them I have done 😉.

I’ll share my opinion about each of the ladies and then conclude. If you’ve been watching, I’ll really love to hear your opinion, pray, please share 🙏🏾.

Aunty Iyabo was actually fun to watch on the show but I still stand by what I said in my last review – She doesn’t belong on this show! She didn’t bring much to the show in terms of content compared with the other girls. She has a very ratchet behaviour which she tries to mask with her sweet nature, but it spills out every now and again, especially in her confessionals.

You can assert your no-nonsense stance without violence. Are you a street fighter? It was just disappointing to see how quick she always was to embrace violence.

The last episode is the perfect example. That fight with Caro is the most ridiculous fight ever. Caro’s outburst did not require the kind of aggression Iyabo dished out? It’s quite disgusting that she was proud to say how she was ready to beat up another lady, like seriously! Iyabo, learn some class, that’s no way to resolve conflicts.

Give it up for the show herself, Carolyn, the one woman mopol. Please do not cross Caro o, her mouth is a weapon of mass destruction. Vitriol, the damage would have been done before people finish verifying. Caro will be dropping the most damning words and still look like butter can’t melt in her mouth.

Caro, even if you couldn’t show us any viable business, you still showed some luxe living and that’s what shows like this are about. Some women are just about the soft life and that’s the vibe I got from Caro. I liked her vibe on the show, the few times she hosted, the outings were classy and distinct. Please don’t leave the show, Caro, you brought life to that show, girl.

The only lady that finished the show with her crown still sitting pretty on her head. Maryam was fun, crazy and easy. She brought the laughs and the emotions and did it all without pretence. She was very good for the show and I hope we see more of her and get to know her better in season 2.

Maryam’s got great hosting skills too, and her confessionals were some of the best, she legit makes me laugh out loud. That fight scene when she landed on the floor with her top undone is one for the books. She’s the kind of person anybody can hang out with and have fun with. Great cast member. 🤩

Like her or hate her, Toyin is a content queen. She is bold, boisterous and fun. The 2nd and 3rd episodes got me thinking she was holding back and becoming aloof, but thankfully she was back in the remaining episodes.

I love her content, she was successful in showing us her brand and how good she is at what she does. She brought some interesting extras, Denrele is a vibe any day, it was good to see Sir Shina Peters, I loved the cultural party and she crowned it with that successful trip to Dubai. Girl gave us a show.

Toyin, I’ll be issuing a cease and desist letter to your husband, pleaseeee enough of those hideous masks. They are tacky and unnecessary. No one is intrigued, please.

A lot of people watched the show because of Chioma, well she was part of the reason I did. She was one of the few cast members that stood out and I wanted to see how she would get along with the other girls. Get along she did, with a little dose of drama.

Chioma successfully showcased her business and charity work. Her outings were fun and she got along well with most of the girls. I love when she said she said she gave Caroline ‘a queenly pep talk ‘🤣🤣. Girl, a queenly pep talk when wigs were flying, boobs exposed and water was being thrown around! oh, sugar. Chioma brought the bougie to the show 😂.

Now, Chroma was that some ghetto behaviour we saw in that last episode? That shove was so unnecessary and unbecoming. Come on gurl, that episode was cringey, you threw Carolyn under the bus, and you didn’t act like a good friend. Except something else happened that was edited, I really don’t get why you were insisting she apologize to Iyabo after she did a couple of times. I really don’t get what brought out that part of you, maybe it was fear of Aunty Iyabo 😂😂🤣.

You did Caro dirty, and Chioma, you need to watch that scene again, you called Caro a bastard first and then you accused her of abusing your family, C’mon girl. I was really disappointed with your behaviour. We need to have a ‘queenly pep talk’ 😂.

Watching Laura on this show was a chore. Goodness me, girl, you were insufferable on the show, I really hope that’s not how you really are. Your attitude stank, and you made no attempt to loosen up. Well, except for the Dubai trip where you allowed us to see your vulnerability and I felt like giving you a hug.

I know we are all human and have different ways of reacting to a new environment, however, coming with a haughty behaviour is a major turn-off.

I don’t even want to talk about the episode 8 fight, it was cringy and embarrassing. Violence is never the way. If you decide to come back, please bring a positive attitude girl, okay. A little more of what we saw in Dubai.

The confessionals are a type of aside, a close-up shot of one cast member talking directly to the camera, commenting on ongoing action within the show. They are a great way of getting cast members to open up and be themselves.

Confessionals are just as important as other parts of the show, and the girls did not play with it at all in terms of their styling. I really loved this part of the show. We saw a lot of over-the-top fashion and make-up, even some art and crafty and costumey fashion 😬. The girls did really well, they brought their A-game one appearance after the other.

Now, whose wardrobe would I raid?

I think Caroline, and I liked some of the things Laura wore. Maryam’s fashion wasn’t bad too. I like subtle, classy fashion. Some of them were too showy and over the top for me but they were great to see on tv. All in all, the girls really did well with their fashion. They gave us a show.

Definitely Maryam, Chioma, and Carolyn. Toyin is always a good spot, but I won’t really miss her. I think I’ll like to see a few new cast members, two or three very elitist ladies please, let’s bring in some real class and also more drama, or isn’t that what the show is about? 🏃🏾‍♀️🏃🏾‍♀️🏃🏾‍♀️ 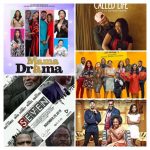 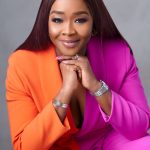 Passion to Profession – Tata of 41 Luxe