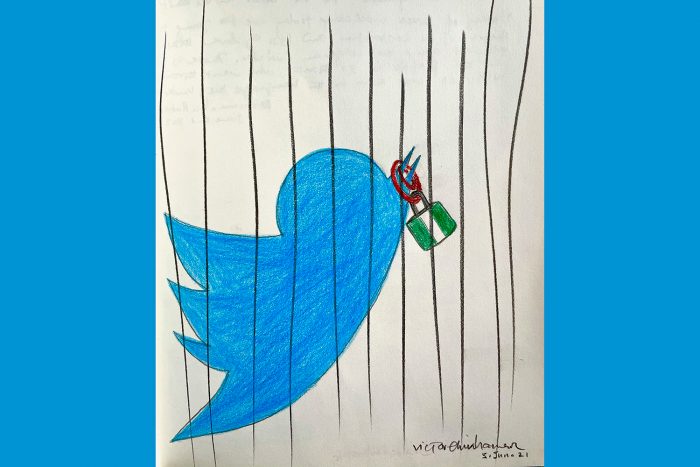 TWITTER BAN IN NIGERIA: To Dabble or not to dabble

I’m not a regular Twitter user, I’m on the platform, but I hardly use it. I can actually count the number of times I get on Twitter in a year… So when the recent #twitter ban happened in Nigeria, I wasn’t sure I wanted to air my opinion about it! However, I am Nigerian, therefore anything that affects an average Nigerian should be of concern to me.

WHAT’S THE HULLABALO ALL ABOUT?

It all started with a Twit, as a lot of controversies in recent times have. The Twitter account of the Federal Republic of Nigeria in response to queries about the meeting of the President with the Independent National Electoral Commission (INEC) posted a controversial Twitt which resulted in an outcry by Nigerians on Twitter.

“Many of those misbehaving today are too young to be aware of the destruction and loss of lives that occurred during the Nigerian civil war. Those of us in the fields for 30 months, who went through the war, will treat them in the language they understand.”

The government’s statement (in summary) was that it will treat “those misbehaving today in the language that they understand”! Many took this as a threat of violence against a secessionist movement in the country (and rightly so). On 2 June 2021, Twitter deleted the post from the President’s handle stating that it violated its “abusive behaviour” policy”. The federal government reacted by directing the Information Minister to begin procedures to suspend Twitter operations in Nigeria.

“Violence: You may not threaten violence against an individual or a group of people. We also prohibit the glorification of violence.”

A rule is a prescribed guide, regulations or principles governing conduct or procedure within a particular area of activity or people (Oxford Dictionary). Every society, organization or body, should have rules to be functional. Twitter is a microblogging and social networking company used by millions of subscribers all over the world. Like every functional corporation, Twitter has its own rules and everyone that signs up for a Twitter account agrees to these rules and is bound by them. There are consequences for violation of any of the rules, regardless of who is behind the violation.

The Federal Republic of Nigeria is a country in Africa (most populous country). Like every other country in the world, the sitting government has the responsibility to maintain law and order in the country. There are rules, violation of these rules also result in consequences. The federal government can also make decisions that are necessary to defend the country and its people

In the case of Twitter deleting the Nigerian President’s post, Twitter was within its right to do this as rules are there for a reason – to be obeyed. The Federal Government of Nigeria also acted within its right by halting the operations of Twitter in Nigeria.

I have studied the different arguments of Nigerians on this case. Most of the people are against the government’s move. I agree with them, especially recognizing the fact that there is a vast number of Nigerians who make their living on Twitter. I also agree that the move of the government was petty and abrupt. The situation should have been given more thoughts considering the effect it will have on Nigerians.

In my opinion, both parties should have given more thoughts to their actions. Even though the Federal Government has explained that their action was not based on the singular action of Twitter deleting the President’s quote 🙄 but that “there has been a litany of problems with the social media platform in Nigeria, where misinformation and fake news spread through it have had real-world violent consequences”, the timing of their action says otherwise. It makes the Nigerian Government look like a moody and petulant child. The government should have given more thoughts to the benefits of Twitter, especially the economical benefits.

That said, the Government acted within its right and I would have had no problem with their action had it been that other areas of governance were given the same swift action. Insecurity in Nigeria is at an all-time high, we have not seen the government take any drastic action as they have done in the Twitter case.

Bandits, ritualists, armed robbers, insurgents and the likes are becoming more brazen by the day because the government is not doing much to stop them. Unemployment is also very high, Nigerians are coming up with their own businesses and yet the government agencies keep frustrating their businesses. The exchange rate is steadily slaughtering businesses in Nigeria. The roads are in a terrible state and thousands of lives are being lost every day! I could go on and on, it is therefore worrisome when so much vehemence is used on something less threatening compared with the other issues plaguing the country.

I hope this ban is used positively by Nigerians. There are so many brilliant Nigerians doing awesome things within the Tech space, why can’t we come up with an app that could be as big as Twitter? I hope this is seen as an opportunity by Nigerians. I remember the importation ban in 2004. That was what gave rise to the popularity of made in Nigeria products, (especially in fashion) in Nigeria. These could help Nigerians – who are generally very illustrious – think outside the box and therefore promote our domestic resources.

Nigerian Twitter space is one of the most active in the world. It serves as a place of comedy, a place to vent, a courtroom and so much more. I’m sure Twitter is missing Nigerians 😋. Hopefully, the Federal government will quit sulking about this and get Nigerians twitting again 😉.

Recommended The Generation that said ‘no more’… 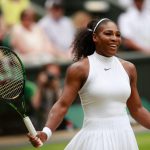 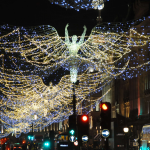 Tis The Season To Be Jolly 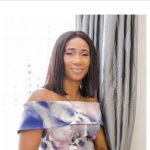