I was priviledged to attend the private screening of Bel-air – the re-imagined ‘Fresh Prince of Bel Air’ series. The screening was organised by Sky and That Grape Juice and we were guests of Jitterbug and riddles ice-tea. I was in the company of three other ‘mums at the gate’, 😁. It’s always great to do social stuff together other than kid’s parties and school drop-offs.

The dress code was smart casual and we looked lovely (we clean up well) 😊. We met up at the lobby of the Vue, Leicester Square and walked into a hall filled with millennials and GenZs. Let’s just say we felt like Aunty Viv’s socialite friends from Bel Air 😉. Apart from a sprinkle who got the memo, the other guests were mostly dressed in extremely casual clothes – jeans, slacks, platform boots and trainers. We stood out like a sore thumb! But I’ll take overdressed over underdressed at any time.

We got to take home a very nice goody bag, the contents were thoughtfully selected and included a copy of Will Smith’s new book – Will. It certainly was a great evening.

Now, about the series.

The genre change was quite obvious right from the get-go – this was no sitcom – it is clearly serious business and the show premiere wasted no time setting us straight. It was done successfully too, and the issues the cast are dealing with are very relevant and relatable to what obtains now. The show does not shy away from crucial topics like gangs, substance abuse, racism, classism, gender roles etc.

The casting was very good, Coco Jones stood out for me as Hillary Banks who thankfully is no longer an airhead but a funny and intelligent food influencer.

I had not seen the trailer before the screening so I wasn’t prepared for Uncle Phil’s hotness 🤦🏾‍♀️, yes, our cuddly Uncle Phil is gone! Now we have a suave and fashionable Uncle Phil. I like the change though, and Adrian Holmes embodies the character very well. Jordan L Jones was also very impressive as Jazz who is probably the funniest character in the show.

The biggest shock for me was Carlton. I was taken aback by the new corky, territorial and entitled Carlton. His relationship with his cousin is very antagonistic, even though I know the show is taking a different turn from the original, I think his hostility should be toned down. Then there is Geoffrey who is now a ‘House Manager’, the problem is I didn’t see any need for him. I hope the character will be given a bit more personality. Apart from these two, I liked all the other characters.

Fashion and music were two very important part of the Fresh Prince of Bel Air. Bel-Air was also successful in this regard. I really enjoyed the music, and the fashion was top notch. I especially enjoyed the Men’s fashion. Worthy mention is the white shirt Will wore for the fundraising party and Carlton’s print outfit for the pool party. There was a lot of soft pastel, whites and greys, very easy on thee eye hues. The fashion was breezy and modern (including the school uniform).

Though the show was not perfect (too many issues packed into two epidodes), it was a very interesting watch and successfully piqued my interest. I will definitely be watching again and I recommend you do too. 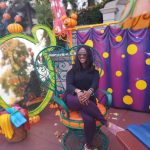 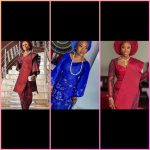 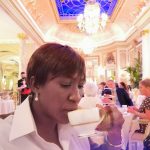 Of Culture and Tradition…