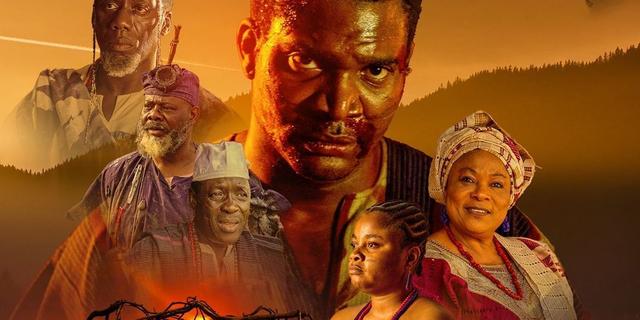 Have you watched Aníkúlápó yet?

Aníkúlápó is a movie produced and directed by Kunle Afolayan. The film follows the life of Saro – a travelling man seeking greener pastures.

Saro loses his life following an affair with a king’s wife. However, a mysterious encounter with a mystical bird not only gives him a second chance but also leaves him with an extraordinary gift.

Anikulapo is based on the work of Ifayemi Elebuibon. The title implies “one who holds death in his pouch,” meaning one who has conquered death or for whom death has no power.

Saro begins as a humble weaver but soon stumbles into a great power which comes with wealth and fame. As they say, ‘with great power comes great responsibility. How does Saro handle this power? Does it lead to glory or to his downfall?

There are some scenes of sexual violence, assault, harassment, and nudity.

I started watching Yoruba movies early in life. Yoruba theatre had always been a brilliant one, from the days of Herbert Ogunde, Adeyemi Afolayan (AdeLove) Ishola Ogunshola (Isho Pepper) to mention a few.

It’s no surprise that Kunle makes great movies as he comes from good stock. He is the son of the highly revered Ade Love. I digress 😁.

Kunle brought together some of the great Yoruba actors of the 80s/90s. From Baba Wande to Oga Bello, Pa Aluwe, Ogogo, and Masomo to the extra spicy Lola Idije (who is Kunle’s aunt). The only favourites I missed were Jide Kosoko, Mama Rainbow and Madam Saje.

An all-star cast, a good mix of old and new movie stars.

Growing up, I was priviledged to live with an aunt who loved to tell stories. She would have us sit in a circle and she would regale us with stories upon stories.

We heard a lot of stories of Ijapa (Tortoise) and his famous wife (yarinbo). She also told us stories based on Yoruba folklore and mythology She would teach us songs that go with the stories and we would repeat the chorus after her. It was a real tales by moonlight experience, It was priceless!

Hard on the heels of that were the refreshing plays I watched growing up. They were delivered by the active theatre arts department of the University of Ilorin led then by the formidable Zulu Sofola. A ticket to watch the end-of-year project of the performing arts students was always golden. Their plays were usually based on rich African folklore.

A couple of times, Prof Zulu Sofola organised productions for the University’s primary school too and they were all nothing short of phenomenal.

I have been exposed to the best of Nigerian film and theatre and with the incoming of Nollywood, we saw a sharp decline in our filmmaking. It excites me to see that Nollywood is finally going back to the days of great productions and this film is another pointer to where we are going.

I liked the story, I liked how they began by telling the legend of the bird. The plot developed gradually and the brilliant cinematography made it easy to watch. I enjoyed the display of culture, food and artisanship. From the fashion to the score, nothing was overlooked.

Period dramas involve a lot of story telling, whether fiction or non-fiction. They tell stories of people long gone and give an insight into the way they lived. Period pieces can’t be fast-paced, I really enjoyed the pace of the movie. This story was painstakingly told and almost every scene had a lesson.

I enjoyed how the story showed us what court life was back then, especially the way the king’s wives related. We see this in foreign period pieces, it’s good that this was included. I was beginning to feel nostalgic! The only thing is, I never lived in 17th-century Nigeria🤦🏾‍♀️. Perhaps I was just enthralled by the quality of the picture before me. 😁

The ending leaves us with a lot of questions. One question I have is this, will there be a sequel? I would love to see what becomes of Saro, from the last scene he was probably killed again. How would his second encounter with Akala go? Would Arolake end up becoming like Awarun – an independent woman who lives on her own terms?

So many questions, we clearly need more.

The direction the movie took was quite surprising. After seeing the trailer, I had assumed that the main character – Saro would actually be a hero! An antagonist! I never saw it coming. Social media has tagged this character as ‘the real Yoruba demon’. 😁

Apart from Saro, the film had a lot of interesting characters. From the main cast to the supporting cast everyone brought their A-game and was able to pull us into the film.

My favourite character was Awarun. It’s almost an unwritten law now that every movie must have a strong female lead. Awarun’s character gave us that. I especially enjoyed her character because it reinforces the fact that we had strong female leaders in pre-colonial Nigeria. We had powerful iyalodes then, people like Efunsetan and Emotan. Awarun was a wealthy, independent woman. Her character, superbly played by Sola Sobowale really stuck out.

Bimbo Ademoye also gave a powerful performance as Arolake. She tells the story of a victim of abuse. A child bride who became exposed to abuse from some of her co-wives. She was a lonely and sad woman who sought to fill the void in her life in the arms of a stranger.

Her character emphasizes the importance of empowering the girl child! As sad and archaic as it may seem, Arolake’s story is still the story of some girls TODAY.

Bimbo’s delivery was fabulous, she stuck to the indigenous dialect throughout (Kunle let it slip a few times.) She told Arolake’s story really well.

Another brilliant addition was Hakeem Kae-Kasim, I like the way the movie explained why he was mute. The mystery behind it was fascinating. Although he didn’t speak, he still delivered his role so well, there was a powerful aura around him. Crafty filmmaking at its best.

In all, I enjoyed the film, the synergy between the cast was fabulous and they all worked to deliver a very compelling piece. I’m a fan of period pieces and this was no exception. Kudos to the cast and crew.

I wish the narrator at the beginning had shed more light on the power of the gourd picked up by Arolake. It’s preposterous that she just knew the bird’s power was in the gourd. Some explanation should have been given about how she came by this knowledge.

I’m also not quite sure of the Akala bird’s appearance. With what CGI (computer-generated imagery) can do now, the bird’s look could have been better.

I also wish there could have been a dialogue to explain why people wear tribal marks and how some families choose not to. A chance to educate us on this important albeit outdated part of our culture.

Does it deserve an Oscar Nomination?

I honestly do not see why not. It’s a romantic fantasy that tells a story of love gone sour. It touches on a lot of social vices and delivers some sound lessons. I know of Oscar movies that are barely watchable, I really do not see any reason why it should not get an Oscar nod.

That said, there are still many more movies to come from Kunle Afolayan and I’m sure he’ll soon get the attention that he deserves.

I love that he’s delving into the untapped Nigerian folklore and mythology. I’ve read and watched that of so many other countries and nations. It is time to tell our own stories. Exciting times are ahead. 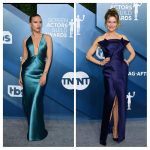 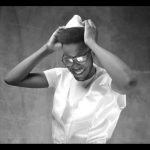 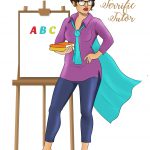 One thought on “Aníkúlápó – With great power comes great responsibility”