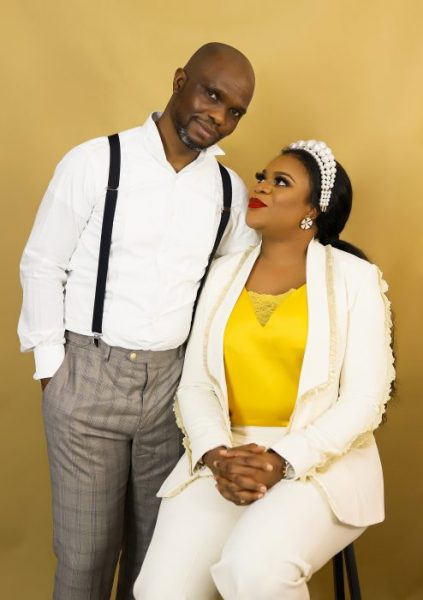 Hi guys, I know we’ve not had an episode of ‘How we met’ in a while but I promise you our come back is major. I’ve been chasing Peace for her story for over a year now 😵! I believe all things work together for good so this is the right time.

I’ve been quite persistent about sharing Peace and Ken’s beautiful story because it’s a story of restoration. Whenever I see them, I’m always amazed at the love and affection they lavish on each other, to think this beautiful home was almost destroyed! Anyway, let’s hear from Peace.

It was March 2009 I received the first call from Ken. I was living in Nigeria at the time and had just come out of a relationship that wasn’t working. A mutual friend had shown him my picture and he was blown away by the beauty 😜! He asked for my number and she gave him. I was very hesitant initially, talking with a complete stranger: more so he was living abroad (UK). I really didn’t see anything working out between him and me, moreover, I wasn’t ready to start dating just after my last relationship so I simply enjoyed his frequent calls checking on me.

By the third week, Ken sent me a mobile phone as I complained about the many challenges I was having with my current phone. That was a very magnificent gesture to me then as I wasn’t expecting that, besides I’m not used to receiving gifts from guys. He called the same day and told me he wanted to marry me – haha! Who does that? Mr Man, I can’t be bought with a phone, please! I said no, but later told him I’ll think about it. Fast-forward two months later, he sent me some money to relocate from where I was living. I was a young banker, who had lived in Enugu all my life and was deployed to Anambra state to assist my manager at a new branch.

By May 2009, Ken invited me to the UK to visit and everything worked out so fast (visa application, ticket, etc. fully paid for). I had just five days to spend on this trip because of my role at the bank where I work. I had a good time in London, I shopped, ate and toured the City. Before I left I accepted to marry him, but unfortunately, five days was not enough to know the man I wanted to spend the rest of my life with.

I went back to Nigeria and told my mum, She didn’t approve because none of my siblings knew him. He was a complete stranger to my family and friends. I told Ken but he requested to speak to my mum himself. At last! He won her heart over and they became best friends. My Pastor wouldn’t give his approval yet and that was a major challenge I needed to pull through. He wanted Ken and me to give the relationship more time and pray about it. I wasn’t having it as Ken was busy wowing me with sweet words and promises of heaven and earth, oh my days 😘! My parents’ in-laws were so sweet when they met me for the first time and that made me want to marry Kenneth the more.

I finally got everyone in my corner and we started planning the wedding.  We got married in December 2009. We had our traditional wedding on 20th December 2009 and our church wedding on 26th December 2009. Then the drama began to unfold… All of a sudden I realised I didn’t know the man I married. He was like a stranger next to me and everything seemed as though I spoke English but he understood French. It was the worst nightmare of my life, how could sweet turn to sour overnight, how did I get here, what have I done? The questions on my mind were countless.

All of a sudden I realised I didn’t know the man I married. He was like a stranger next to me and everything seemed as though I spoke English but he understood French.

Ken returned to the UK and we began to make plans for me to join him. Every day came with a new problem for us, we argued, we would get off the phone upset, I cried daily at work and everyone around me noticed I wasn’t the happy girl I used to be anymore. Is this what marriage does to people you may ask? Well, I don’t think so, ‘we had started off on the wrong footing but maybe joining him would help the many challenges we had’, we thought.

I joined him in the UK in September 2011. I wish I could tell you things got better but that wasn’t the case. Things got worse and my emotional and spiritual stability was affected so I left the marriage in March 2013. Oh no! This isn’t happening, I didn’t get married to leave the marriage, I wanted to stay married for goodness sake. At this point the last thing I wanted to hear was someone saying to me ‘I told you, but you wouldn’t listen’ 💔.

A beam of Hope!

I was away from our home for three years, but Ken wouldn’t stop calling and sending money into my account. He found out I had left our former church, he made some enquiries and found out I was at Winners Chapel. The next Sunday, he turned up in church. At first I thought it was a one off, but he began to frequent the church. If there was anyone I didn’t want to see in my life then it was him! So I left the church for him and went to another church. My spiritual life began to go down the hill again so I ran back.

Within the three years, Ken went to God for help and so God began to mend Ken and showed him where he got it wrong and he began to work on himself. Ken is from a family of six boys and lacks knowledge of dwelling with a woman.  Our major challenge was the fact that Ken related to me like a fellow man. He expected me to understand and see things as he does and that was tough for me. I also had to deal with some childishness and lacked the patience to pray to God and wait for ken to metamorphose. I wanted a quick fix and expected everything to work out overnight.

I was actually pleading with God to touch Ken’s heart so he can sign the divorce papers so I could marry someone else (he refused to grant me a divorce).

The marriage was over for me and I was ready to move on. On 28 December 2016, I had an encounter when I was praying. I was actually pleading with God to touch Ken’s heart so he can sign the divorce papers so I could marry someone else (he refused to grant me a divorce). At some point, I stopped the prayer and began to cry. I told God I wanted his will to be done in my life. A small still voice whispered ‘My will is for you to go back to your husband’. I tumbled in my bedroom, I rolled on the floor, I screamed and I wept profusely. You can imagine that wasn’t what I wanted to hear at the time as I had made up my mind to move on.

I want you to note that my heart desperately yearned to be in the centre of God’s will at the time so I said yes to the Lord. Immediately I said yes, I received this peace that I lacked in my heart for a long time. I began to remind God about all I went through with Ken, He assured me that He is returning me to a new man. That was enough for me.

After that encounter, I didn’t want to be the one to contact Ken so I don’t fall my hand as my people will say lol. I called my brother and told him about my encounter, he was really elated as he never supported the split. He reached out to Ken and asked him to call me. Ken called me and for the first time in three years, I was cordial on the phone. He asked if I’ve had something to eat lol, I said yes. He said he wanted to see me, I said okay. We agreed to meet two days later and at that meeting, he pleaded with me to give him a second chance. Your guess is as good as mine, voila! I said yes to my husband again!!!!!

This time around we had to start from the beginning. Before I moved back into his house, we had to go through a six weeks counselling session. We courted ourselves again, went on holiday and finally decided we’re ready to go on the journey to forever!

God has been kind to us, there is nothing about your relationship of marriage that God is not interested in. I have seen his Grace at work in my marriage and God has commissioned me to extend that grace to other marriages through our ministry PKB Ministries. Please don’t give up, there is hope in God.

Other How we met stories

Tagged: A story of restoration how we met PKB Ministries 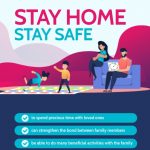 When the world remembered to live… 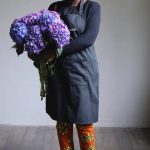