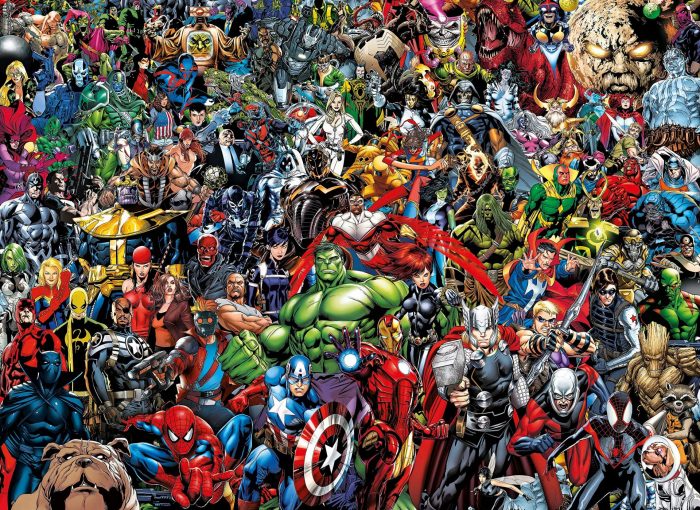 I love puzzles, my love for puzzles started from an early age – thanks to my parents. I still remember how proud my sister and I were when we finished our ‘Unicef children of the world’ puzzle then. We would happily carry the box around, always careful not to lose any piece. And then there were others, can’t really remember much about them as my first puzzle set! But my love for puzzles has always remained intact and it’s no surprise I got my boys to also love puzzles.

Last Sunday, I decided to start the avengers’ puzzle, (the Minions puzzle is really impossible not sure I’ll ever touch that!) I started it and it took me a week, but I completed it and surprisingly learnt a few lessons from it, who would have thought! Being the goody two shoes that I am, I’ll share 😊.

On Saturday morning, my husband and I were wondering why the boys were still in bed and had not barged into our room when we heard a familiar cough! I went to their room only to find them fixing the puzzle (I had it set up In their room). I told them I wanted to complete it by myself but guess what, all of a sudden it was not my puzzle but theirs 😯. Well that was exactly what they told me 🤷🏽‍♀️.

oh, I nearly forgot, beware of naysayers! You know those people that always have something negative to say. Oh, I got that idea first, oh what a horrible idea, oh what a bad move. Hmmm 🙄, when I was almost through and doing my little gloating guess what my son said ‘you’re cheating mum’! 😱 All because I had a picture of the puzzle on my tablet just as it is on the cover 😁. Ignore naysayers, please.

So there you have it, my completed Avengers 1,000 pieces impossible puzzle. Tyah, hope I did you proud 😊. Oh, by the way, your project/idea may not exactly come out the way you planned or pictured. Please still enjoy your success. I lost a piece in the process of moving it around before completion but I’m still proud of it. (Can you spot the missing piece and your favourite avengers? 😁).

Did you know that:

Assembling jigsaw puzzles helps to clear your mind and relax. You’re overcome with a sense of delight and achievement with every piece found. Not to mention, the sense of achievement and satisfaction when you complete your jigsaw puzzle! I must agree that it puts the brain to work, look what I got out of it – a full post after having writer’s block since my last post 👧🏽.

The importance of Disciplining Children

28 thoughts on “My 1000 Impossible Puzzle Achievement”